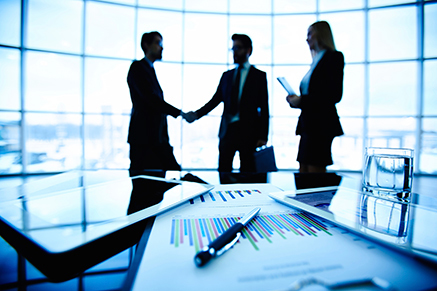 At least one of the deals T-Mobile US (NYSE:TMUS) recently engaged in to get more 700 MHz A Block spectrum was with I-700 A Block LLC for two spectrum licenses in the Midwest, according to an FCC filing.

The value of those licenses has likely gone up since then as more carriers have been hunting for more spectrum to augment capacity to their networks amid rising data usage. The value of 700 MHz A Block spectrum also scored a boost last year when AT&T Mobility (NYSE: T) said it would support 700 MHz interoperability by adding A Block, Band 12-capable devices to its portfolio. Until this point, the company had adamantly refused to support 700 MHz A block Band 12, saying that it was unnecessary and would add costs to its devices. The move essentially will help lower the cost of A Block devices by broadening the number of carriers using the band.

However, T-Mobile’s new deal with I-700 is likely just one of a larger number, given that T-Mobile paid a total of $50.5 million for its recent A-Block purchases. “We have recently entered into agreements to acquire A-Block spectrum in additional markets for multiple parties covering 8.7 million POPs for approximately $50.5 million,” T-Mobile CEO John Legere said last week during the company’s second-quarter earnings conference call, according to a Seeking Alpha transcript. “That translates into an average MHz-per-POP price of approximately $0.48 compared to $1.85 per MHz-POP price we pay in the Verizon A-Block transaction.”

In April, T-Mobile completed its $2.4 billion deal to buy Verizon Wireless’ (NYSE: VZ) MHz A Block spectrum but has been on the hunt for more.  T-Mobile said last week it will start rolling out is 700 MHz A Block spectrum it acquired from Verizon beginning in the third quarter. The spectrum covers 158 million POPs, including nine of the top 10 and 21 of top 30 metro areas. The company said its first 700 MHz sites are on air and its first handsets are being tested and should be in the market in the fourth quarter.  T-Mobile said it has already cleared encumbered A-Block metro areas in five markets covering more than 13 million POPs on top of many markets already free and clear. The A-Block spectrum T-Mobile got from Verizon covers the markets of Atlanta, Dallas, Detroit, Houston, Los Angeles, New York City, Philadelphia and Washington, D.C.

T-Mobile said in a filing to the FCC that the deal with I-700 “will yield clear public interest benefits” by allowing T-Mobile to expand its 700 MHz footprint “and thus offer improved services to its customers.”

Further, T-Mobile noted that there “will be no loss of an existing service provider in any of the market areas subject to the transaction at issue” and that I-700 is not using the spectrum “to provide service to end-user customers.”